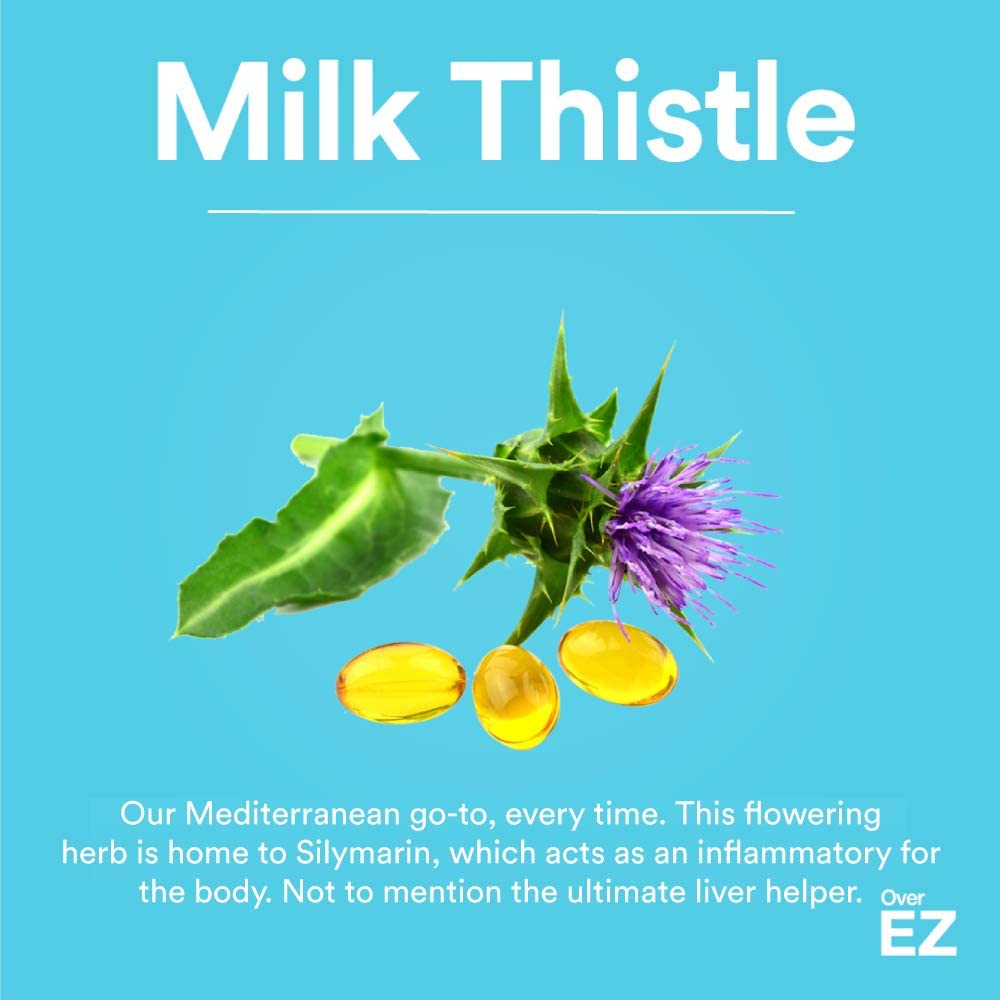 Ever suffer from "spend all day in bed in the dark" kind of hangovers? Ever felt like a dragged out version of yourself for several days after a night out? So have we.

When you consume alcohol, your liver kicks into overdrive. Alcohol is essentially a toxin, and when your body processes it, a compound known as acetaldehyde is produced. As this compound builds up in your liver, you wake up the next day feeling hungover.

But keep seeing the same solutions over and over again? Advil, Activated Charcoal, Coconut Water, Hair of the Dog, and Coffee, the usual suspects.

To stop you from spending hours hopelessly searching through solutions that don't actually work, are harmful to your body or have no scientific backing we’ve compiled a guide about everything you need to know about hangover cures (back by science and our research team in Canada that has over 10 years of hangover experience. Keep in mind that all these cures are more effective when taken the night before and not the morning after. Prevention is key!

These all-natural preventative cures, will clear up the worst of your hangover symptoms and have you up in the AM, ready to tackle your day.

Milk Thistle is a potent natural liver cleanser, protector, and detoxifier. The active ingredient in Milk Thistle, silymarin, acts as an antioxidant by reducing free radical production (free radicals are damaging particles that accumulate over time and cause a range of negative health effects) and has a Hepatoprotective effect. This creates a detoxifying effect, making Milk Thistle beneficial for treating liver problems and for preventing future liver damage.

Milk Thistle also acts as a toxin blockade agent by inhibiting binding of toxins to the hepatocyte cell - effectively reducing some of the worst of your hangover symptoms. You can find Milk Thistle tea easily at most health food stores. Add some milk and honey to your Milk Thistle Tea for a tasty drink that will make your morning after that much better.

*Pro Tip - OverEZ contains 40mg of Milk thistle in each pill which helps to support the liver in flushing out the toxins created while drinking.

One of the worst side effects of a hangover is often the pounding headache that often shows up the next morning. One of the most effective natural ways to prevent that nasty migraine is to take magnesium as you begin drinking.

Magnesium is one of the essential nutrients that is depleted during alcohol consumption. Research has shown that low magnesium levels cause headaches and that taking magnesium pills is an effective and safe way to treat migraines.

Combine your magnesium with zinc, an essential mineral for liver health that also aids your body in absorbing other essential nutrients, for a natural and effective hangover cure. You can buy magnesium and zinc natural energy supplements at your local health food store.

*Pro Tip - OverEZ contains 102 mg of Magnesium and Zinc to replenish nutrients and rid you of any headaches experienced the day after drinking.

Red Ginseng is one of the most popular hangover relievers in Eastern medicine and for good reason. It has proven to be quite effective in reducing hangover symptoms in men with subjects that took Red Ginseng after drinking reporting significantly lower blood alcohol levels, less fatigue than usual, fewer stomachaches, and felt less thirsty or dehydrated when compared to a control group.

Research has shown that Red Ginseng helps your body metabolize alcohol more quickly, making for a less severe hangover, and helps soothe upset stomachs. Red Ginseng tea can be made by steeping 8 thin slices of Red Ginseng root (also known as Korean Ginseng) in 5 cups of hot water for 5-10 minutes. Remove the ginseng root and add honey to taste.

Ginger has long been used in homeopathic medicine to combat nausea and upset stomach (and the effectiveness of these age-old remedies have been backed up by many modern studies).

While you may not want to eat ginger raw, it’s easy to turn the root into a tasty and zingy tea. If you suffer from nausea the morning after drinking, just brew up a pot of boiling water, add one to two teaspoons of ginger powder, half a lemon, and two teaspoons of honey. Brew for 5 minutes, and enjoy.

If you’re looking for something with that warm and roasty coffee flavor but want to avoid the negative effects of caffeine, this Chicory Root & Dandelion “Coffee” is a perfect alternative and effective natural hangover cure. Chicory Root (inulin) extract aids in digestion and has purgative, diuretic and laxative properties that support the liver while helping kick that bad hangover and get you back to feeling your best. Inulin is a prebiotic that boosts the physiological and biochemical processes in the body, leading to the growth of healthy intestinal ﬂora.

Steep the Chicory Root & Dandelion in boiling water for 5 minutes. Combine with other ingredients and blend until frothy and creamy.

It’s also a natural substantial antioxidant, hypolipidemic, and a potent memory aid, so if you wake up with fuzzy recollections of the night before, Gingko Biloba might be for you.

Ginkgo also acts as a natural vasodilator and will open up blood vessels for improved transport of nutrients, making it easier to quickly rehydrate and deliver essential vitamins to your cells. Gingko Biloba seed pills are extremely affordable and available from many health food stores and online.

OverEZ combines some of the most powerful all-natural hangover helper in an easy to take capsule. First, OverEZ combines Zinc, Magnesium, and the Amino Acid L-Cysteine to safeguard your liver from damage sustained while drinking and prevent and reduce hangover symptoms.

Next, Over EZ’s combination of B-complex vitamins, minerals, and others ingredients including Chicory Root, Milk Thistle, Amla Extract, Chinese Date Extract, Grape Extract and Beet Juice restore the body’s natural balance and replenish necessary vitamins and nutrients in order to get you back to feeling your best.

*Special offer - Get 15% off of your first purchase with the code hangovercure at checkout.

As you drink, you lose important electrolytes, particularly potassium and salt, but also chloride, calcium, magnesium, bicarbonate, phosphate, and sulfate. You also deplete a host of other vitamins, the most important of which are B Complex Vitamins.

The morning after a night out, pop a B-Complex Vitamin pill (available online and at grocery/health food stores) and chase it down with this tasty drink to not only rehydrate, but also to replenish all the electrolytes and nutrients you lost while drinking. You’ll need:

*Pro Tip - OverEZ contains 40mg of Vitamin B-complex in each serving to help you get rid of many of the side effects of a hangover.

Bifidus Powder is another great, all-natural hangover helper. Bifidus Powder helps your body to break down acetaldehyde, one of the byproducts of alcohol that is responsible for a lot of your hangover symptoms.

It’s also a natural probiotic and can help with gut health and digestion (plus, healthy gut bacteria helps you metabolize alcohol more quickly). Mix one teaspoon of Bifidus Powder into a glass of water and drink it before bed to help prevent that nasty day-after hangover. If you don’t have Bifidus Powder, yogurt and other probiotics can help too.

Turmeric is a super-spice that has been gaining traction for a variety of health purposes, including helping relieve hangover symptoms. Turmeric is helpful in reducing the production of acetaldehyde (the primary hangover-causing toxin), increasing serotonin levels, and is an anti-inflammatory that can help prevent gastro-intestinal issues caused by drinking.

A delicious way to take turmeric is Golden Milk Tea, a nourishing tonic that comes from an ancient branch of medicine in India known as Ayurveda. To make Golden Milk Tea, whisk coconut milk, cinnamon, turmeric, ginger, honey, coconut oil, peppercorns, and 1 cup water in a small saucepan and bring to a low boil. Reduce heat and simmer until flavors have melded, about 10 minutes. Top with a dash of cinnamon and enjoy.

Tangerine pith is the white part of a tangerine between the fruit and the peel. While it may not seem particularly appetizing, a combination of tangerine pith, ginger, and brown sugar is a traditional Chinese remedy for hangover symptoms. As weird as it may seem, studies have shown a significant decrease in the severity of nausea, vomiting, and diarrhea among subjects who consumed the mixture before drinking.

Tangerine pith contains a wide array of healthy nutrients and 60 different flavonoids including naringenin, which can stimulate the liver to burn excess fat and reduce blood sugar, triglycerides, and cholesterol. On top of that, tangerine pith is a potent antioxidant. Don’t worry though, you don’t have to bite right into the rind of an orange. Instead, zest the pith into a glass and combine with water, ginger (powder or zest), and brown sugar for a tasty and helpful hangover reliever.

If you've made it this far you are in search of a hangover cure that effective and natural. Why don't you give OverEZ a try? Since you've been here for that long take an extra 15% off on your first purchase with the code hangovercure.

Say hello to refreshing mornings after a night out and waking up like a newborn baby :)

Now it's your turn to experience pain free mornings