8 Hangover Facts That Everyone Should Know 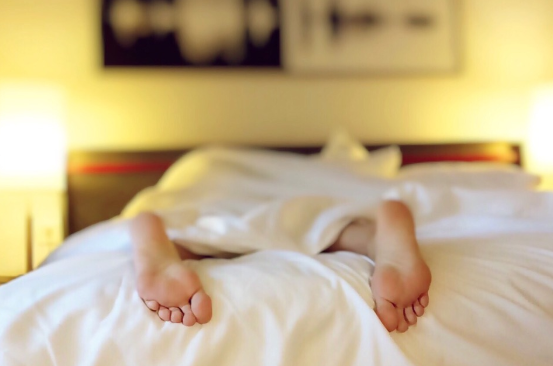 The headache, nausea and unshakeable fatigue. They’re all symptoms of a hangover after a night of a little (or a lot) too much alcohol. But if hangovers are something that happen to you when you drink alcohol, you’re certainly not alone. In fact, it’s estimated that roughly 77 percent of the population suffers from hangovers after over-imbibing.

It may be comforting to know you’re not alone, but if you’re suffering from a bad hangover right now, you’re probably just wondering how to get rid of it as quickly as possible. These 8 facts about hangovers and hangover pills will help you better understand why you’re dealing with a hangover and how to ease the symptoms.

Maybe you spent a lot of money on your big night out, but that hangover the next day can be just as expensive, or even worse. It is estimated that an average working adult spends roughly $2000 per year on hangovers, due to poor job performance and missing work entirely.

A recent study compared the effects of drinking vodka versus the effects of drinking bourbon, and those who drank bourbon reported feeling worse the following day. This is because darker-colored drinks, like rum and red wine, include more cogeners, or the byproducts of fermentation that turn into formaldehyde and increase your hangover pain.

It’s now a known fact that cigarettes are bad for your health, but they can make your hangover pain worse too. A recent study compared the drinking and smoking habits of college students and reported that those who smoked while drinking heavily had more severe hangovers the next day. According to a 2005 study in the journal of Drug and Alcohol Dependence, this could be because smoking causes people to drink more overall. It’s also suggested that the chemicals in cigarettes increase the effects of alcohol.

Wondering why you’re not one of the lucky ones who doesn’t experience hangovers? It could be your genetics. Hangover symptoms are linked to how quickly the body breaks down alcohol and the byproducts of alcohol. Some genes are linked to the enzymes that break down acetaldehyde, the toxic byproduct of alcohol. Roughly 20- to 30-percent of the population doesn’t experience hangovers, because their bodies metabolize ethanol extremely efficiently.

5. Foods Rich in Protein Can Help

Is beer your drink of choice? Bubbly alcoholic drinks, like champagne and beer, are linked to more severe hangovers. These drinks cause the pyloric valve to open, allowing alcohol to reach your small intestine more easily, and ultimately, enter the bloodstream more quickly.

7. Your Brain Is Actually Dehydrated

It’s common to wake up with a hangover feeling like your mouth is the Sahara Desert. You’re probably aware that you feel dehydrated, but you may not know that your brain is dehydrated too. Alcohol suppresses the arginine vasopressin hormone, which is responsible for conserving the body’s water levels. Without this hormone functioning properly, your body loses more water than it takes in. Your brain loses much of that water too, causing it to physically shrink, which leads to those unbearable, splitting headaches.

While there’s no one simple way to cure a hangover once it has already begun, you do have a chance to prevent your hangover entirely. The hangover supplement OverEZ pill is a natural hangover remedy that you take before you start drinking. The natural vitamins, minerals and amino acids work in a three part process to eliminate toxins, protect the liver and help your body recover the nutrients lost while drinking. Because of OverEZ, roughly 750,000 hangovers have been prevented since 2018. If you’re not one of the luck 20- to 30-percent who don’t experience hangovers, a supplement like this can turn an otherwise unbearable day into a fully productive one.