Can Coconut Water Cure A Hangover? 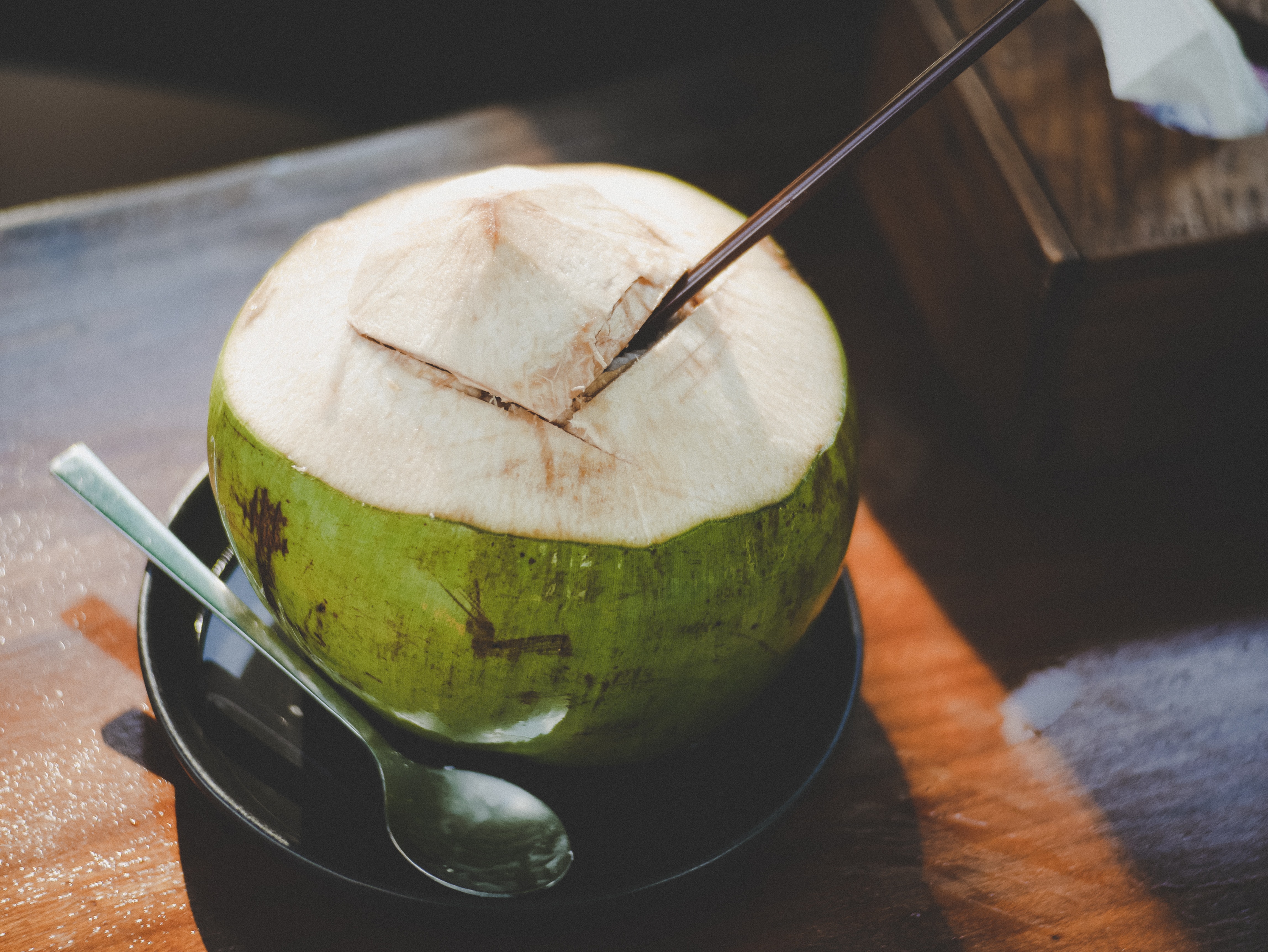 Taken from the inside of coconut when it’s young and ripe, coconut water is cherished by cultures around the world, namely in Central and South America. But in recent years, the nectar has made a name for itself as one of the best cures out there for a hangover. Forget normal H20 — what’s known by many as “nature’s sports drink” is promised to deliver on a host of health benefits, beyond just getting rid of your migraine the next day.

But does it really work?

So let’s start with the basics: what’s actually in this so-called magical elixir? Well… potassium. Coconut water has twice the amount of potassium as a banana, which helps you feel better faster. Compared to an actual sports drink, like Gatorade, coconut water is clearly the healthier, more effective option: it has less sodium, less calories, and more potassium. So going forward, coconut water should always be chosen over artificially sugary drinks, which actually can make your hangover worse. (See the previous post.)

Yet when you’re hungover, your body really needs two things: electrolytes, because the toxins from alcohol hurting your liver have depleted them; and hydration, because alcohol is a diuretic. (Meaning: you go to the bathroom a lot.) So any “cure” needs to make sure it has those.

First, let’s talk about electrolytes —  coconut water gets all of its carbs through the form of electrolytes and sugar. So you’re good on that front.

As for hydration, coconut water aces that category. Remember: it is technically water-based, and definitely does not dehydrate, like a hair of the dog bloody mary at brunch. Plus, it may be harder to digest liquid when you’re feeling nauseous, but the sweet taste and chalky-seeming appearance of coconut water can be more appealing than, say, coffee. (Which also is a good hangover aid, FYI.) Compared to other liquids, coconut water is pretty palatable.

So now that we know that coconut water is incredibly hydrating, full of electrolytes, and generally better for you than brand-name sports drinks, can we make the conclusion that it is the hangover cure that marketing departments swear it is? And the answer is: not really!

Sure, it definitely can’t hurt to drink coconut water — whether you have a hangover, or not — and it’s something we do recommend if you’re looking to swap sugary drinks out of your diet. But still, like most hangover “cures,” there is no real scientific evidence to say that this will work on every person, or is as effective as we think. People metabolize alcohol in a variety of ways, and so finding a silver bullet for hangovers can prove difficult. Coconut water included.

We recognized that when we created Over EZ. And, like with coconut water, we knew we could only go all natural, and give our bodies a healthy, balanced fix to reduce the symptoms of a hangover. Forget the sugary sports drinks, or over-the-counter Advil, which nutritionists say are not only ineffective for hangovers but also, potentially worse. Instead, we sought natural ingredients from the wilderness of Brazil — a country, coincidentally, where coconut water reigns supreme — like chicory root extract, milk thistle extract, Amla extract, Chinese date extract, grape extract, and beet juice. That help restores some of the minerals that we severely lack the morning after, and leave us feeling recharged.

To us, it was a simple formula: seek out the best natural ingredients on our planet that are scientifically proven to help our bodies, and create an easy-to-digest supplement. That’s where we’re at today. So we applaud coconut water as another aid in that fight — because, in the end, we’re fighting for the same cause: to feel energized the next morning, and take on the day.