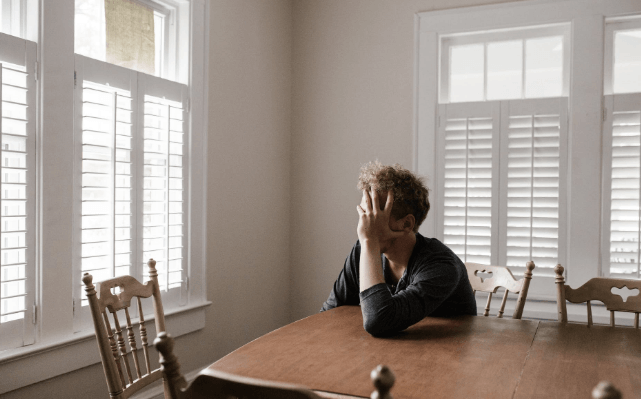 You wake up after a night out with a splitting headache and queasy stomach, feeling disoriented and foggy. You had a great fun night out with friends but now you’re paying for it with a nasty hangover - womp womp. Like many others, you probably have your own go-to hangover cure. Some of the most common hangover cures include over-the-counter painkillers, Gatorade or other electrolyte drinks, and a variety of supplements or herbal remedies.

Unfortunately, despite their widespread use, a majority of these so-called hangover cures just don’t work. Or, if they do, they only treat a couple of your symptoms.

Did you know that when you drink there are over 30 chemical reactions happening in 7 major organs? It’s true. With all these different chemical reactions, it’s no wonder your hangover can manifest in such a wide array of nasty symptoms. While common hangover cures and prevention strategies may help with 1-2 symptoms, they won’t help with all of them. And some so-called hangover cures are not only ineffective but also dangerous.

We recently ran a customer wide survey about what our customers used for hangover prevention and cures before they used Over-EZ. We combed through over 1000 responses to identify the most common hangover cures and do the serious research necessary to analyze their effectiveness and safety. Read on to learn the cold, hard facts on what you've been doing right, wrong, and oh so terribly bad when it comes to treating your hangover.

While it may be tempting to take Tylenol as a preventative measure to head off some of the negative effects of your hangover before it even gets started, just don’t. According to Debra E. Brooks, M.D., an urgent care physician at GoHealth Urgent Care, the active ingredient in Tylenol, acetaminophen, is toxic to the liver and is associated with liver failure—often and without warning. Combining acetaminophen with alcohol only increases the risk of liver failure.

When you're drinking, you're already sending a toxic substance to your liver and making it work overtime to filter it out. If you take Tylenol before or while you are drinking, you are adding acetaminophen to the already toxic mix. This puts additional, overwhelming stress on the liver, increasing the risk of damage. Taking Tylenol after you are done drinking is slightly better but still dangerous. If you pop a couple of Tylenol the morning after a night out, they might help with the pain of that nasty headache, but if there is still any alcohol lingering in your system, it may accentuate acetaminophen's toxic effects on the liver and could even trigger liver failure. It’s best not to risk it.

Ibuprofen is the active ingredient in a variety of easily attainable over-the-counter painkillers like Advil or Motrin and is commonly taken to treat a variety of bad hangover symptoms. Unfortunately, similar to Tylenol, taking Ibuprofen in combination with alcohol can be extremely dangerous. Ibuprofen is a NSAID, or a non-steroidal anti-inflammatory drug. This means that Ibuprofen works both to relieve pain and, you guessed it, reduce inflammation. Since many hangover symptoms are a side-effect of inflammation, it would make sense that Ibuprofen would be an effective treatment. However, Ibuprofen comes with some pretty scary potential side effects.

One of the most concerning is that Ibuprofen is known to cause irritation in the lining of the stomach that can lead to ulcers and bleeding, sometimes without warning. Alcohol is also a confirmed irritant to the stomach lining and can cause ulcers in heavy drinkers. By combining alcohol and Ibuprofen, you’re just doubling the risk and potential harm to your stomach lining. Additionally, Ibuprofen can also be toxic to the liver and kidneys, and though it isn't a blood thinner, may alter how blood coagulates, either to form clots more easily or to cause easier bleeding. Overall, even though Ibuprofen may be effective in reducing inflammation and relieving pain, the side effects, especially when amplified by alcohol, can be extremely dangerous and not worth the risk.

Aspirin, commonly sold as Bayer or Bufferin, is also a NSAID (pain reliever and inflammation reducer) and additionally works as a blood-thinner. Like other over-the-counter painkillers, aspirin may seem like an easy hangover cure. However, also like other painkillers, it can cause some negative side effects. Aspirin is a blood-thinner, which means that it affects platelets in your blood, making it harder for the blood to clot. Because of this, aspirin can often cause bleeding in the gastrointestinal tract. When you drink and take aspirin at the same time, you can multiply the blood-thinning effects and cause increased bleeding in the GI tract and stomach.

If you are a moderate to heavy drinker, you are already at risk of internal bleeding due to previous damage to your liver and stomach. Combining this with aspirin puts you at a much greater risk of bleeding. Additionally, aspirin can be pretty rough on the upper digestive tract and can cause upset stomach, heartburn, and even dyspepsia.

Alcohol is a diuretic - AKA it makes you pee a lot. Not only does this dehydrate you, but it also means that you’re losing a lot of vitamins and minerals in the process. Some of the most important vitamins that you lose while drinking are B-complex vitamins. B-complex vitamins are responsible for boosting energy levels, enhancing cell metabolism, improving brain function, and ensuring proper nerve, hormone, and cholesterol production. Without them, you’ll feel sluggish, drained, and just “off.” So it would make sense that popping a Vitamin B pill pre- or post-drinking should help, right? Yep, taking a B Vitamin at any point should help with your hangover, at least a bit, but the best strategy for using Vitamin B to fight your hangover is as a preventative measure. Popping a B-complex vitamin before you drink helps keep your vitamin B levels high before hitting the booze and helps stabilize them throughout the night.

A high-quality supplement may also help your body process the liquor faster and reduce some of those hangover symptoms. While Vitamin B won’t solve all of your hangover woes, it may help a bit if you want to avoid that sluggish hangover feeling the morning after and wake up feeling energized and refreshed.

Some people swear by Pedialyte as the magical, coveted, hangover cure we all need. But we all know Pedialyte is made for children… so what’s the deal with that? Well, here’s the science: Pedialyte (like Gatorade, Powerade, and other sports drinks) is loaded with electrolytes designed to keep you hydrated. Just like B-vitamins, you lose important electrolytes as you drink, particularly potassium and salt, but also chloride, calcium, magnesium, bicarbonate, phosphate, and sulfate. Lack of electrolytes, combined with dehydration, can cause some nasty hangover symptoms, but electrolyte-infused drinks can help you replenish and rehydrate.

According to Dr. Robert Glatter, an emergency physician at Lenox Hill Hospital in New York City, electrolytes are helpful because “when you get dehydrated, your body needs water, but it also needs sugar to help reabsorb water.” The best hangover prevention strategy is to consume something rich in electrolytes before you begin drinking, that way your body is ahead of the game. However, if you miss the boat on prevention, drinking a Gatorade or Pedialyte the next morning will still help a bit. But keep in mind, they’re not going to completely take away your hangover. Electrolytes help slowly - it’s a gradual process as you begin to rehydrate, not a quick fix.

Now that you know the facts, read our post about how OverEZ works on addressing all of your hangover symptoms with natural ingredients and no side effects. Or try our free sample before you buy it.